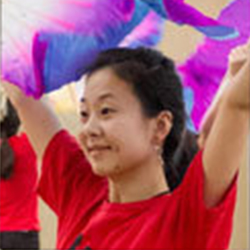 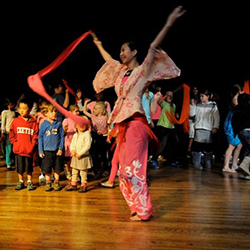 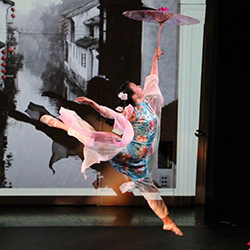 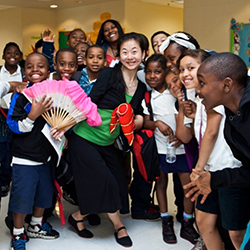 Ling Tang is a New York City based dancer, educator, and arts manager. She has performed at the John F. Kennedy Center for the Performing Arts, Harman Center for the Arts, Smithsonian Freer & Sackler Galleries, Chinese Embassy among other venues and festivals. As an educator, Ling currently teaches through Flushing Council on Culture & Arts and Young Audiences New York. Her teaching credits also include China Institute, SUNY Purchase College, Washington Performing Arts, etc. She has choreographed for President Obama's Inaugural Parade in 2013 and Drama League produced play F.O.B (David Henry Hwang) in 2018. As an arts manager, Ling works as a program officer at the Asian Cultural Council. She has consulted and managed various cultural exchange projects in both U.S. and China for Smithsonian Folklife Festival, National Dance Institute, China Arts and Entertainment Group, Guangdong Dance Festival, etc. Dance/USA Journal and Dancer Magazine have published her research papers. Ling holds an M.A. in arts administration from Columbia University, a B.A. in dance and intercultural performing arts from the University of Maryland-College Park, and Teachers College Teaching Artist Certificate.

As it is with Chinese language, Chinese dance has its own unique vocabulary and structure, which enables a dancer to express thoughts and feelings with ease and grace. This assembly presented by Ling Tang features both Chinese classical and ethnic dance. With live performance with traditional costumes and props, students learn about the history and cultural development of several Chinese dance styles such as traditional operas, Tai-Chi, Inner-Mongolian, Uyghur, and Han. Participants also interact with the artist by dancing with silk ribbons and fans. Content can be adjusted for all ages. Perfect for grades K-5

The goal of this program is to expose students to the diversity of Chinese culture through dances. Students are encouraged to identify the unique cultural characteristics of Chinese ethnic minority groups including Mongol, Uyghur as well as the majority Han, and compare the differences. Each session starts with a warm up, followed by a mini repertoire of a specific Chinese dance style(s). Students also have opportunities to interact with classical Chinese dancing props such as fans, ribbons and handkerchiefs. This program can be developed into a 10-week residency with a culminating performance. For grades K-12!