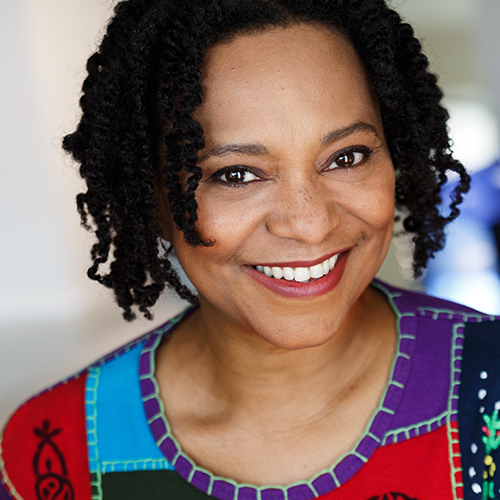 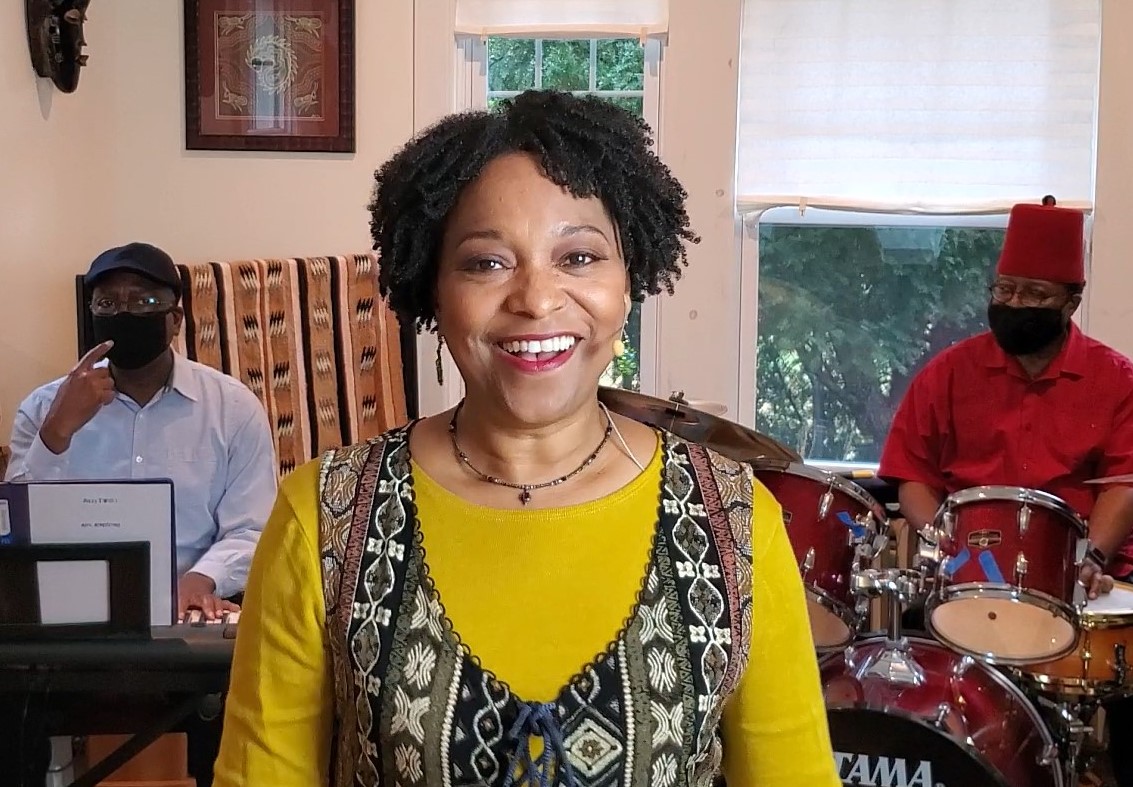 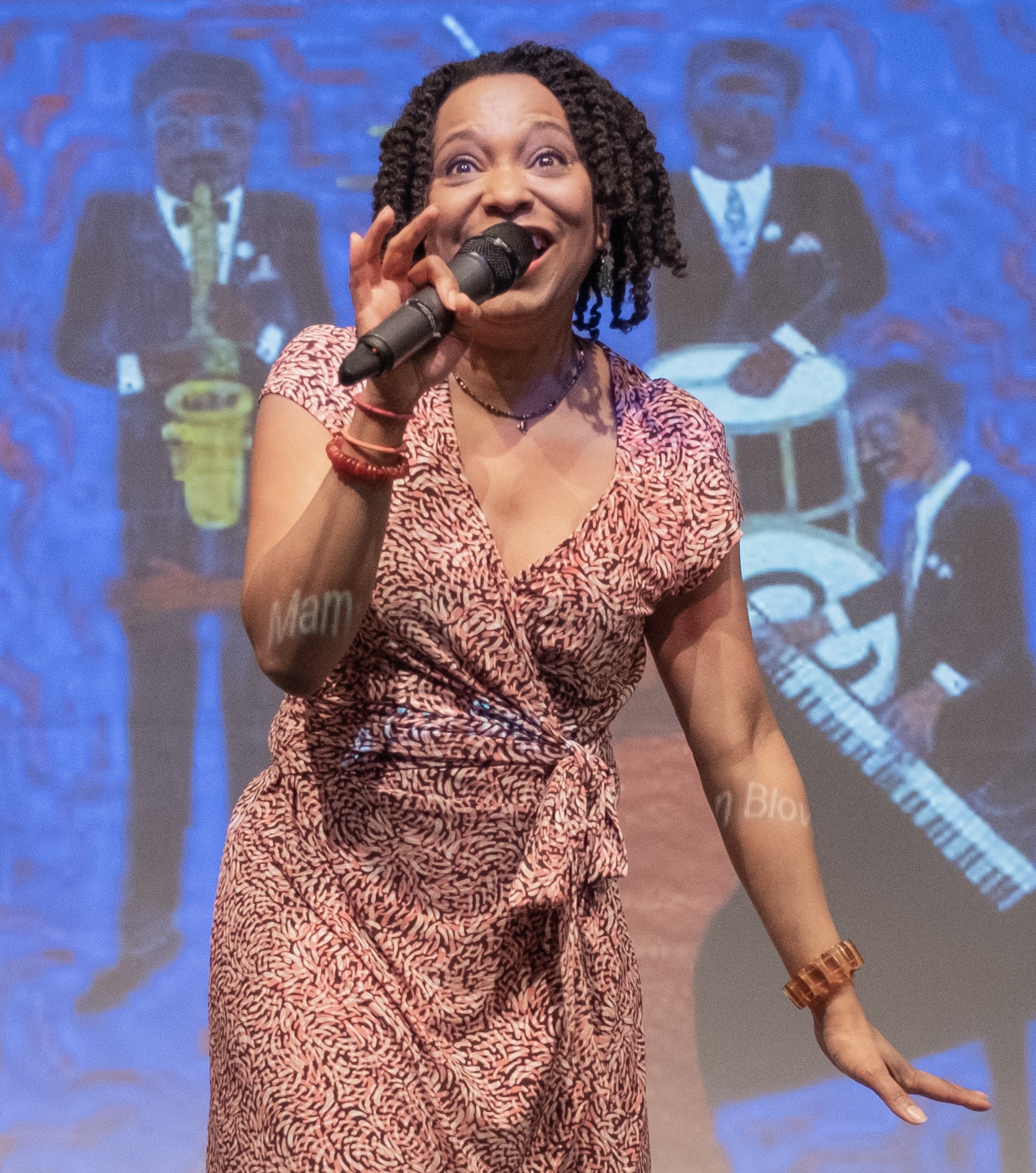 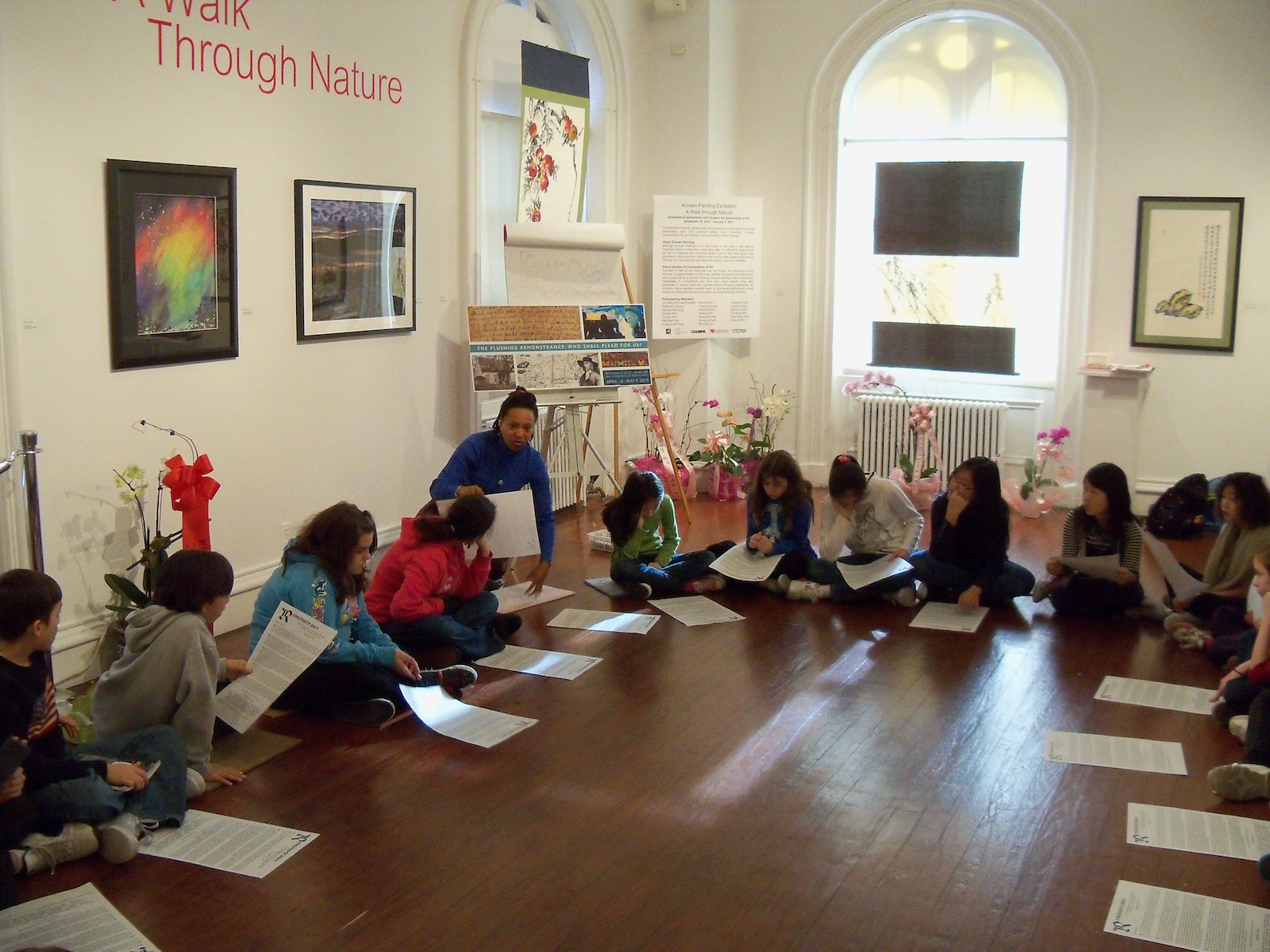 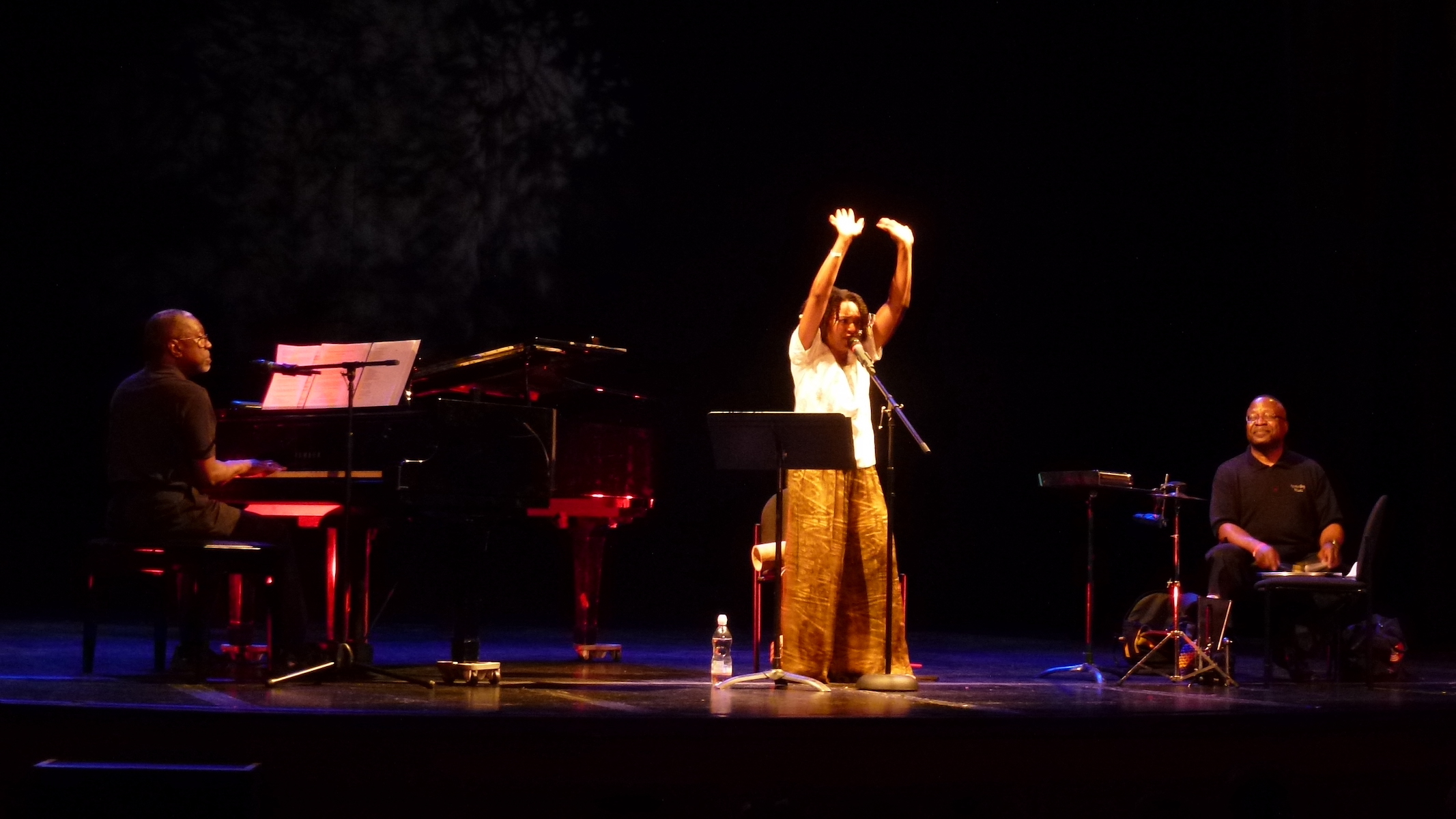 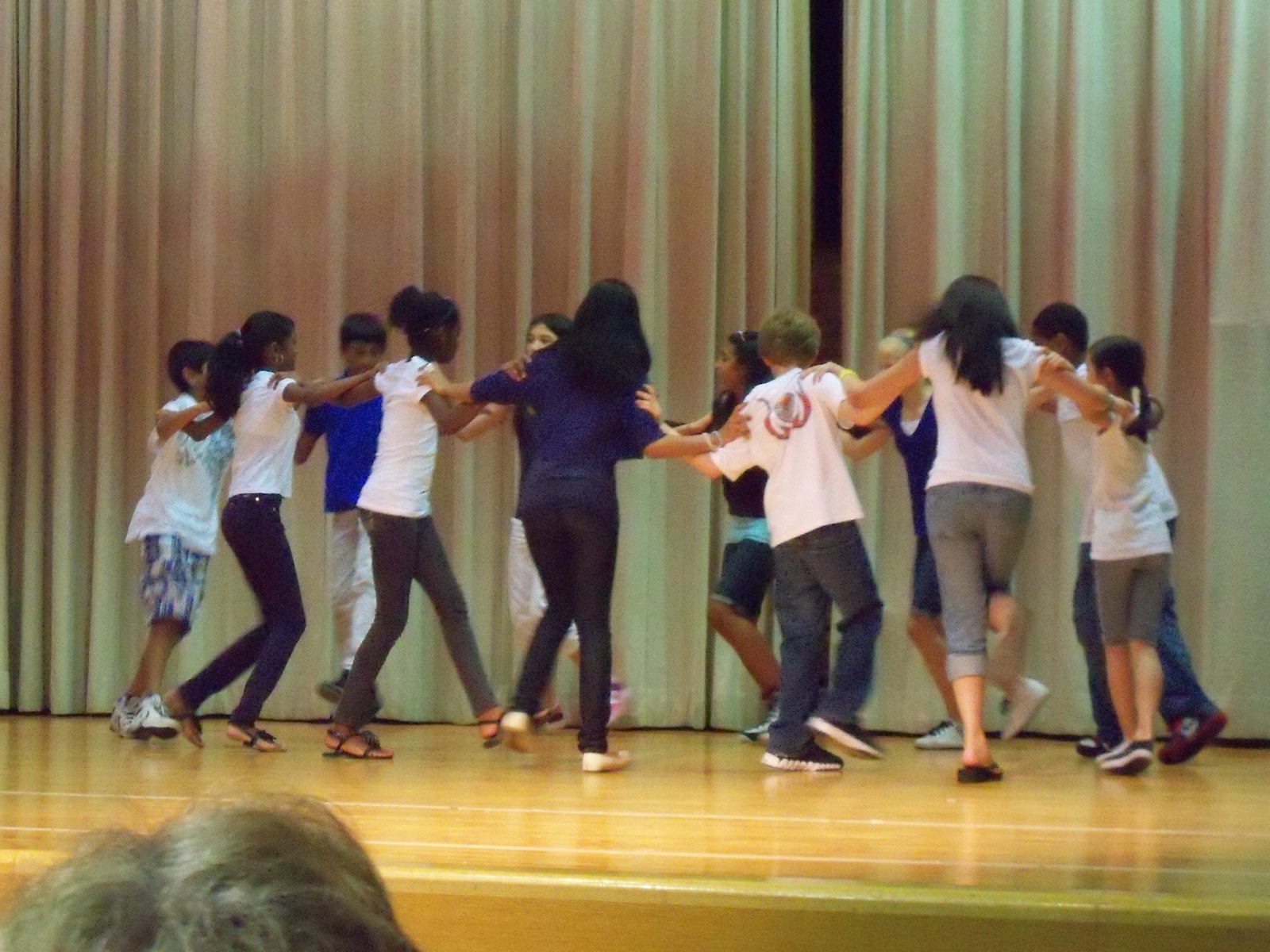 April Armstrong divides her profession between storytelling, acting, and singing.

As a storyteller, April performs stories in person and virtually for schools, libraries, museums, historic sites and corporate events throughout the US, Jamaica and Indonesia. She and her jazz trio have performed her storytelling concert, Stories and Songs with a Jazzy Twist at Flushing Town Hall, Abrons Art Center Theater, Apollo Theater and Kravis Center. She was awarded the 2020 J.J. Reneaux Emerging Artist Award from the National Storytelling Network and won the 2015 BRIO Award for Storytelling from the Bronx Council for the Arts. April performed as featured storyteller for the 2020 National Association of Black Storytellers’ Conference Gala, the National Storytelling Network Conference, the Grapevine, Story Space and the Clearwater Festival. Her debut CD “The Cat Came Back” won a Parent’s Choice Award (Silver).

April’s acting bio includes Off-Broadway productions, Broadway National Tours such as CAROUSEL and RAGTIME, and roles at regional theatres include The Guthrie, American Musical Theatre of San Jose, and American Repertory Theatre, among others. On film, her voice can be heard in the movie WASHINGTON SQUARE, directed by Aneskia Holland. She has appeared on shows on Comedy Central, Showtime and NBC networks.

As an educator, April has been teaching for over 25 years offering curriculum-related programs and residencies for students from pre-K to high school. Themes and subjects include: storytelling, drama, comedy improv, music and poetry of the Harlem Renaissance, playwriting, music, collage and oil painting. She is a teaching artist at Flushing Town Hall and has taught for Lincoln Center Institute, Apollo Theater, Theatre Development Fund, Center for Arts Education, Henry Street Settlement, and Carnegie Hall's "Link Up." April holds a Bachelor of Music from Manhattan School of Music and a Master of Arts in Music Education from Teachers College, Columbia University.


BOOK AN ASSEMBLY     BOOK A WORKSHOP

Join April Armstrong and her Jazzy Twist friends, Mario Sprouse on piano and Napoleon Revels-Bey on drums as they sing, scat, and act out swing stories with jazz music accompaniment. This interactive storytelling program will delight audiences of all ages. Currently available as a virtual program for schools.

Stories and Songs from Around the World Assembly In Person

In this assembly, April Armstrong tells folktales and sings songs from all over the globe. Hear tales of Anansi, the trickster from West Africa and the Caribbean, Bre’er Rabbit and Coyote and more.

April Armstrong works with groups of all ages on finding your unique voice and bringing your characters to life. Participants will study and practice skills from the storyteller’s tool kit: story sequence, character voices and dynamics, facial expression, gesture, and timing.

Poetry and Jazz Workshop In Person

April Armstrong will lead students in exploring self expression by writing poems inspired by the music of Louis Armstrong. Students will learn the basic elements that make up jazz, such as syncopation, improvisation, call and response, etc., while comparing these musical elements to standard poetry forms (Haiku, Tanka, Lantern, Diamonte, etc.)

Storytelling and the Blues - A Creative Workshop In Person

Inspired by the Louis Armstrong exhibit at Flushing Town Hall, students will be introduced to the sound and scope of the blues, one of the fastest spreading musical genres in history. They will understand the basic historic elements of the blues genre. They will be introduced to the storytelling aspects of blues songs. Students will learn the elements of a blues scale and 12 bar blues song form in order to compose a blues song.

The Remonstrance Workshop In Person

Students explore key points and key players in the Flushing Remonstrance as they discover how the Remonstrance changed Queens' history for future generations. By use of drama exercises and improvisation, students will be challenged to think about what is important to them, and how far they would go to support this interest. The group will create an original song in petition to a negative imposing force, leading them to understand how they, too, can make a difference in their own world.