The event will be streamed live on Flushing Town Hall's YouTube channel. RSVP NOW to receive the stream link and get a reminder!

This year’s selected animation shorts, representing the top 4% of the several hundreds of submissions, were chosen by a panel of seasoned film professionals for their extraordinary storytelling, art direction, animation, production, and sound design. In addition to their creative visuals and soundtracks, these films present a range of stories and experiences as diverse as the APA community itself.

Animation Shorts to be screened on May 29. 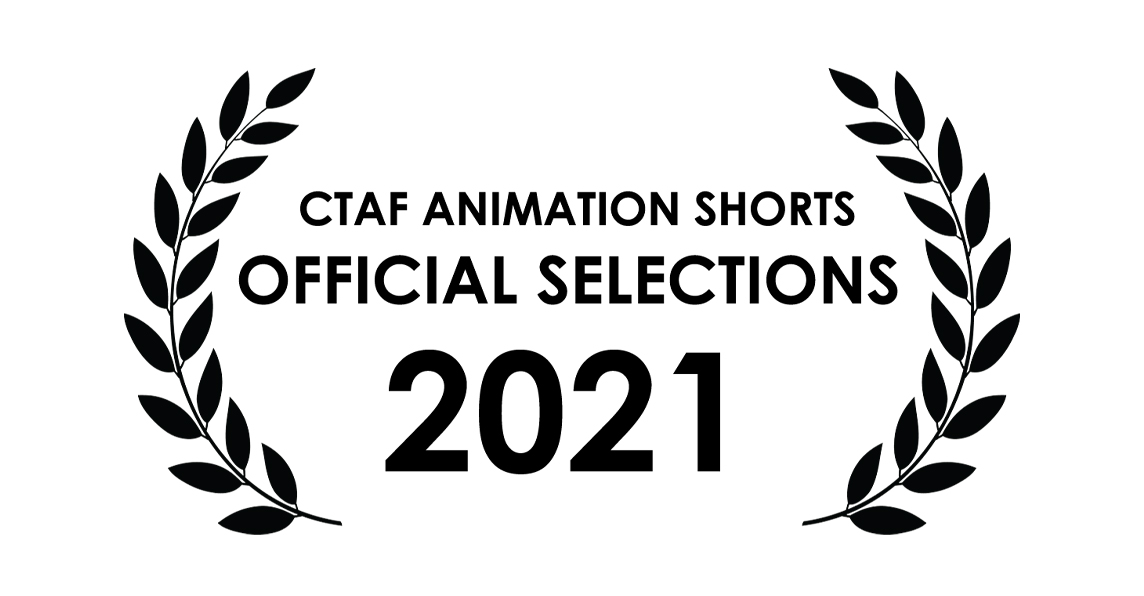 “In the Forest, We Grew,” Vincy Guan and Sun Woo Moon

Please support our crazy talented Asian artists on our GoFundMe page. We believe that Asian American artists and their stories need to be heard and be cherished even more.  Your support will fund CTAF programs, including the honorarium for the artists, marketing and production costs.

Crazy Talented Asians & Friends (CTAF) is a community-led program series dedicated to works by Asian Americans—to showcase the diverse creativity and impact this community has to offer, while bringing together families, friends, and audiences from different backgrounds to celebrate their stories.

This year, Crazy Talented Asians & Friends Animation Shorts jury is led by Ms. Hsiang Chin Moe, an artist and educator with experience in higher education, production, technology, and management. In addition to being the BFA Animation Chair at the School of Visual Arts in New York City, she also serves on the board of Women in Animation as the Chair for Education Program where her direct focus is to provide the support and resources for students as well as educators to reach the goal of gender equity 50/50 by 2025. The jury panel also includes:

Wen-Chin Hsu has been a Lighting Technical Director at Pixar Animation Studio since 2008. Before joining Pixar, she had worked for Tippett Studio and ILM. Her work is included in numerous VFX films, animated feature films and she specializes in storytelling using color and lights.

Gonzalo Janer is a Colombian character animator and motion graphics artist, currently working at Nickelodeon and teaching animation at ESPOL (Guayaquil - Ecuador). He is passionate about programming and the technical aspects of animation: making art through code and scripting tools to aid his workflow.

Pilar Newton is an animator, cartoonist, and educator. She got her start doing animation production art on shows such as Courage the Cowardly Dog for Cartoon Network and MTV’s Daria. In 2008 she established her Brooklyn-based production company PilarToons, LLC. Pilar also teaches animation at the City College of New York and the School of Visual Arts.

Wendy Cong Zhao is an independent artist based in Brooklyn, New York. She has been working and teaching in the animation field since 2011. She started her career as an editor and compositor at Signe Baumane’s Studio. She also worked as the senior producer at Bill Plympton Studio. Her animated documentary "My First Sessions" was published by The New Yorker. She recently directed two music videos for Verve Records.

The jury selected 26 animation shorts from more than 600 submissions this year. The full list is below:

“Back to the Source,” Sandra Lucille

“BEYOND THE LINE,” IJinuk Choi

“Half a Saba,” Ben Molina

“In the Forest, We Grew,” Vincy Guan and Sun Woo Moon

“The River,” Ping An Huang

Crazy Talented Asians & Friends: An Evening of Animation Shorts is sponsored by a generous anonymous donor and numerous donors. Flushing Town Hall thanks the sponsor and also the numerous community volunteers and viewers for your strong support. 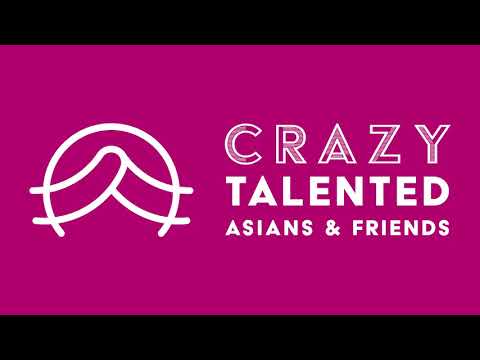 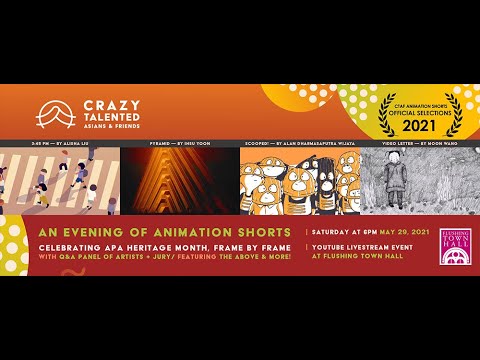 Jihye Lee Quintet: Rest in the Arms of Motherlands