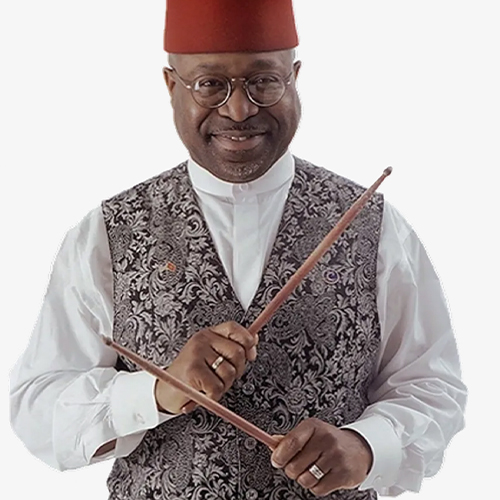 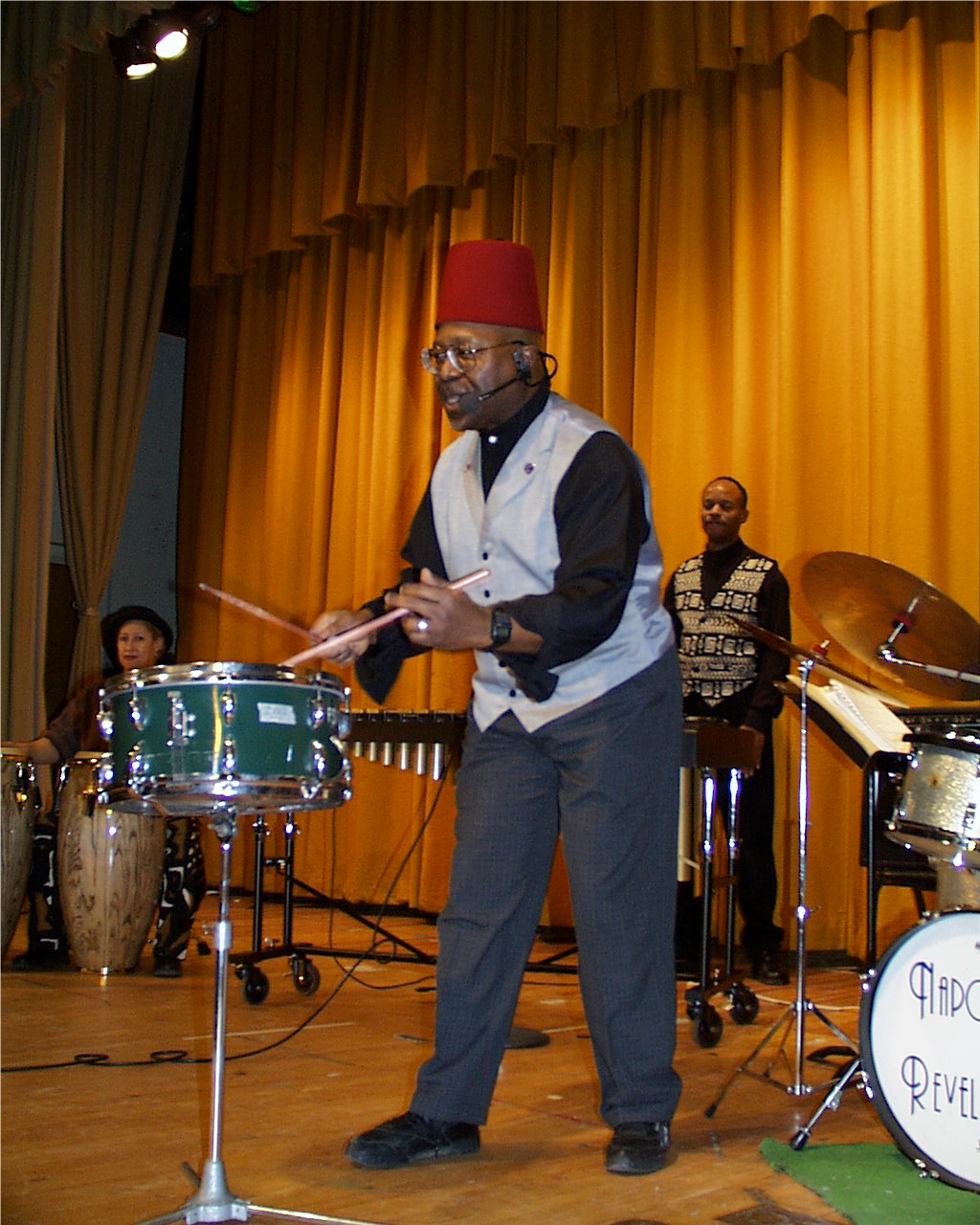 Napoleon Revels-Bey, a Jubilation Fellow and Master Teaching Artist, is a Moorish-American drummer-percussionist, educator, artist, composer, and writer. Since 1985, Napoleon and his ensembles have led programs during and after school that include Jazz, World and modern music, tap, ballroom dance, and theatre arts. His programs are tailored to infuse the learners' academic curriculum with related music to offer a multi-sensory experience. Napoleon has created and facilitated programs for Parents as Art Partners and received NYSCA Artist grants for community and school residencies. He has participated in several artist programs such as the Liberty Partnership Program, 21st Century Community Learning Centers Program, National Seminar for Teaching Artists at The John F. Kennedy Center for the Performing Arts, and Suffolk BOCES AIE C3 Teaching Artist Collaborative. He has facilitated professional development workshops. Some of Napoleon's credits include Artist-in-Residence for Flushing Council on Culture and the Arts, Arts Horizon, Institute for Arts and Culture, Tilles Center, Great Neck Arts Center, Friends of the Arts, the Jazz Foundation of America, and Jazz In Schools Program.


BOOK AN ASSEMBLY    BOOK A WORKSHOP     BOOK A RESIDENCY

Led by FTH teaching artist Napoleon Revels-Bey and the Rhythm Kings Ensemble, the award-winning "Al Andalusia to Dizzy" rhythmic elements of music may be demonstrated through the different styles of Africa, North & South America, and Europe. Choose from Latin, African, or Caribbean Programs. The Latin program is based on Afro-Cuban music and the styles of Meringue, Cha-Cha, and South American Samba. The African program includes Juju and Mozambique with various hand and body drums, homemade instruments, and paper bags. The Caribbean Program, when requested, features the steel pan and is inspired by music from the islands like Calypso, Reggae and Limbo. For grades 3 and up!

This workshop integrates music and dance and traces African influences originating in West Africa, through ancient Spain, the Caribbean, and early New Orleans. FTH teaching artist Napoleon Revels-Bey explores Flamenco, Cha Cha Cha, and Meringue and their relationship to Louis Armstrong, Dizzy, Tito Puente, and the Harlem Renaissance. This program can be developed into a residency with a culminating performance. For grades 3 and up!