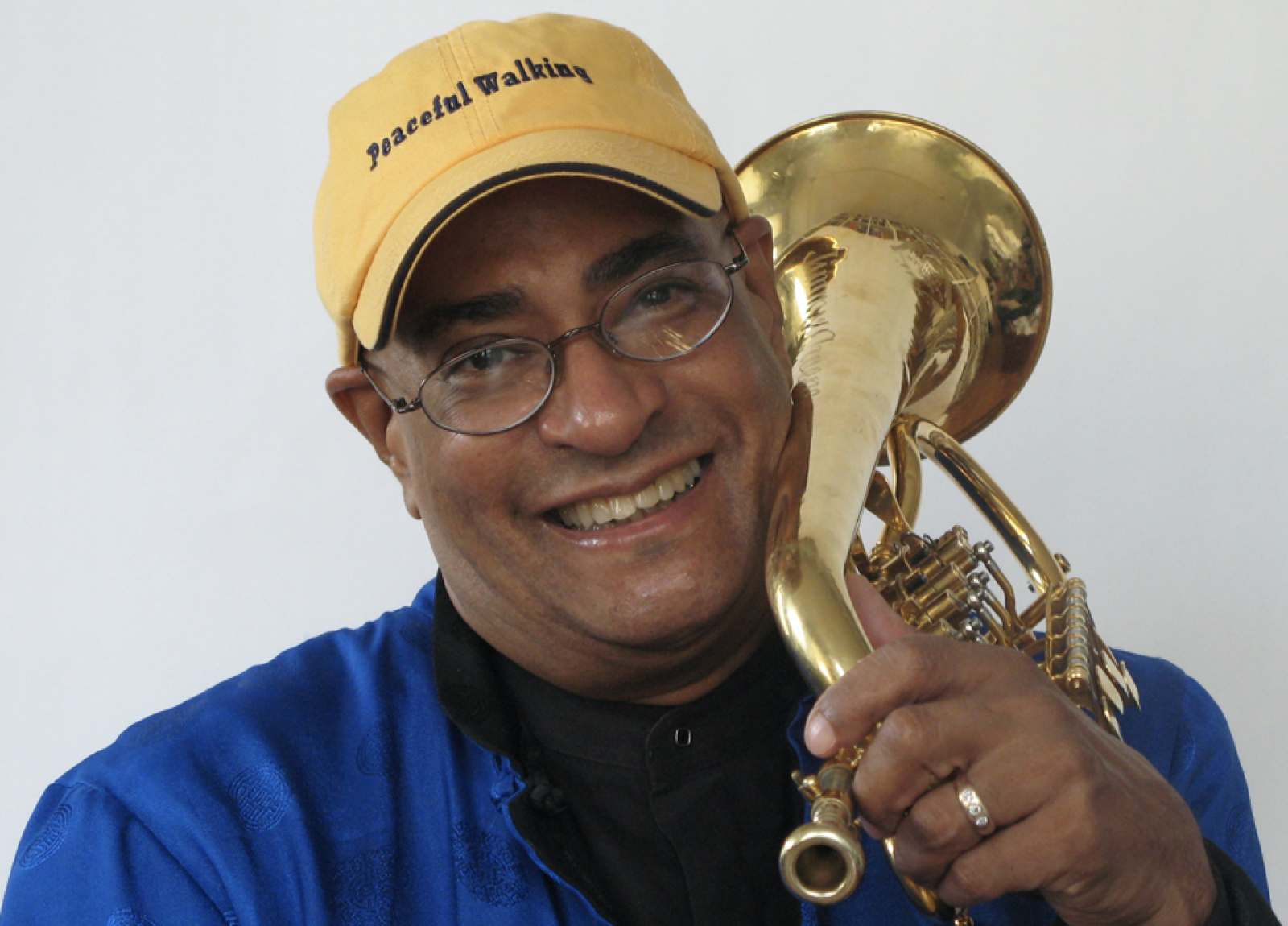 Renowned jazz artist Jimmy Owens (trumpet, flugelhorn) has over forty-five years of experience as a jazz trumpeter, composer, arranger, lecturer, and music education consultant. His experience covers a wide range of international musical achievements, which include extensive work as a studio musician, soloist, bandleader, and composer of orchestral compositions, movie scores, and ballets. Owens is one of the few trumpeters of his generation who performed with many extraordinary jazz leaders, including sitting in with Miles Davis at age 15 and playing with Kenny Barron, Count Basie, Kenny Burrell, Duke Ellington, Dizzy Gillespie, Benny Golson, Lionel Hampton, Charles Mingus, Max Roach, Archie Shepp, Billy Taylor, and Gerald Wilson. 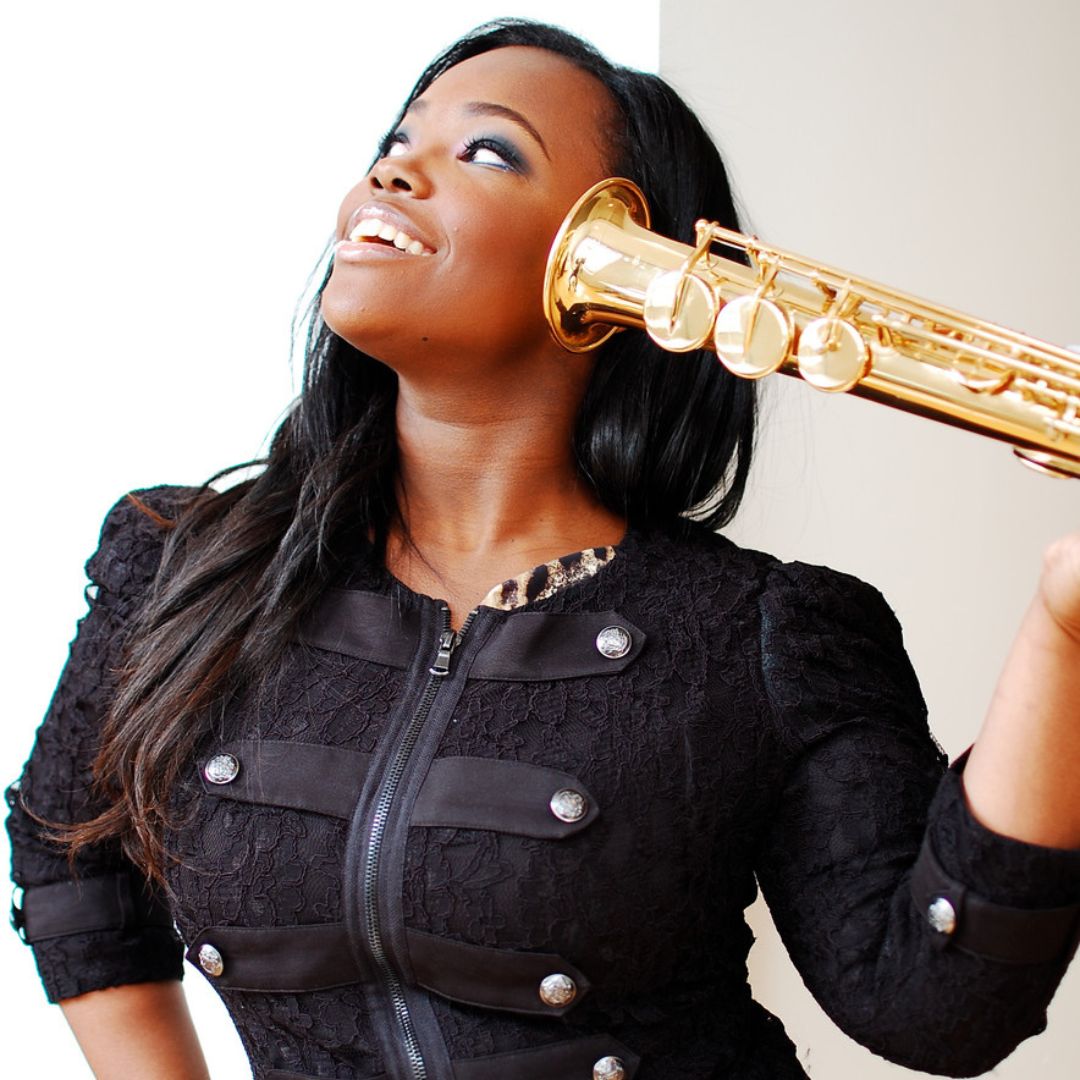 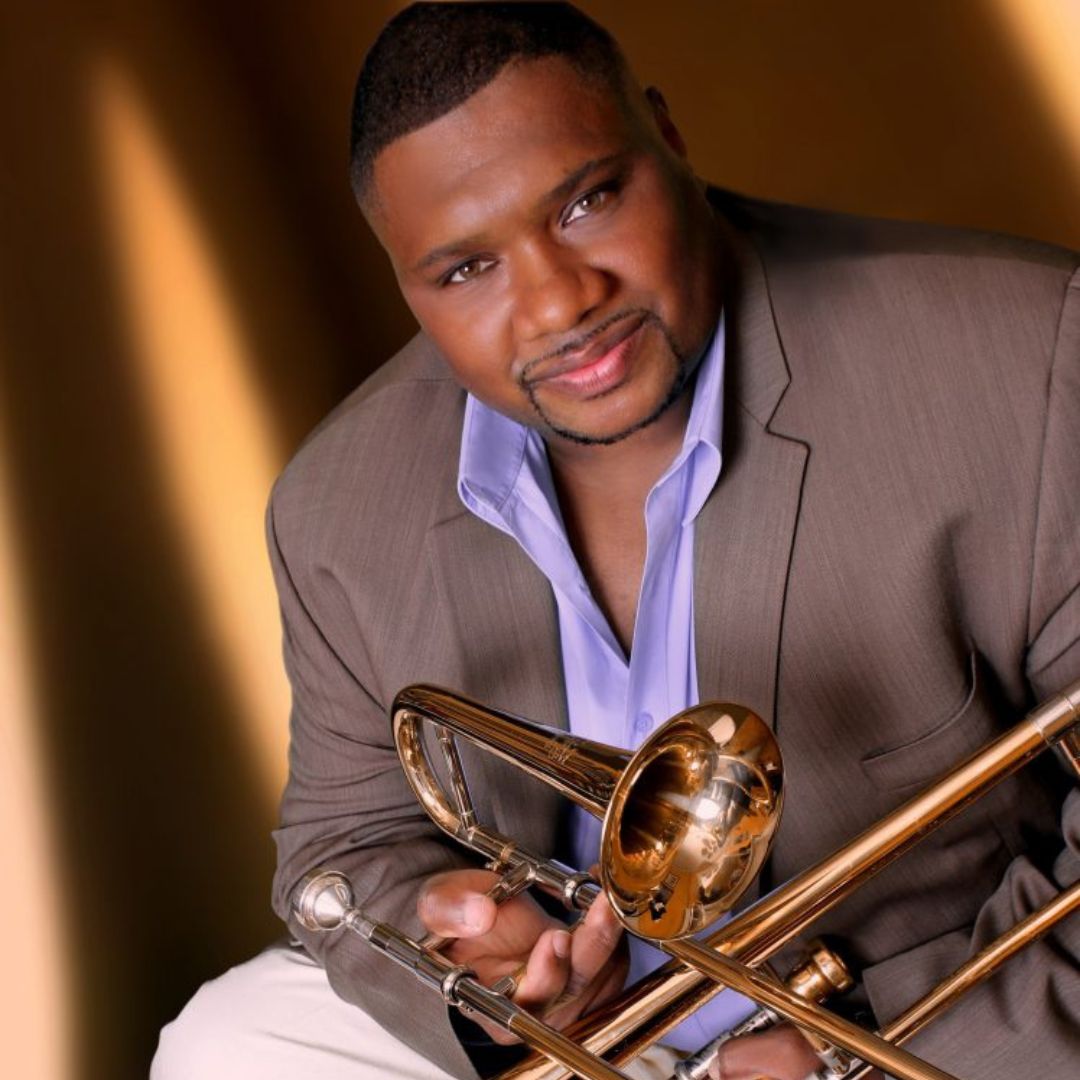 Wycliffe Gordon boasts an impressive career touring the world, performing to great acclaim from audiences and critics alike. The Jazz Journalists Association named him 2020 “Trombonist of the Year” for the record-breaking 13th time, and he has topped Downbeat Critics Poll for “Best Trombone” again an unprecedented six times (2020, 2018, 2016, 2014, 2013 & 2012). Last year, he was the recipient of the “Louie Award,” the International Trombone Award and the Satchmo Award, among others. Wycliffe is a prolific recording artist and is extremely popular for his unmatched signature sound, plunger technique, and unique vocals. He can be heard on hundreds of recordings, soundtracks, live DVDs, and documentaries. Musicians and ensembles of every caliber perform his music throughout the world, and his arrangement of the theme song to NPR’s “All Things Considered” is heard daily across the globe. 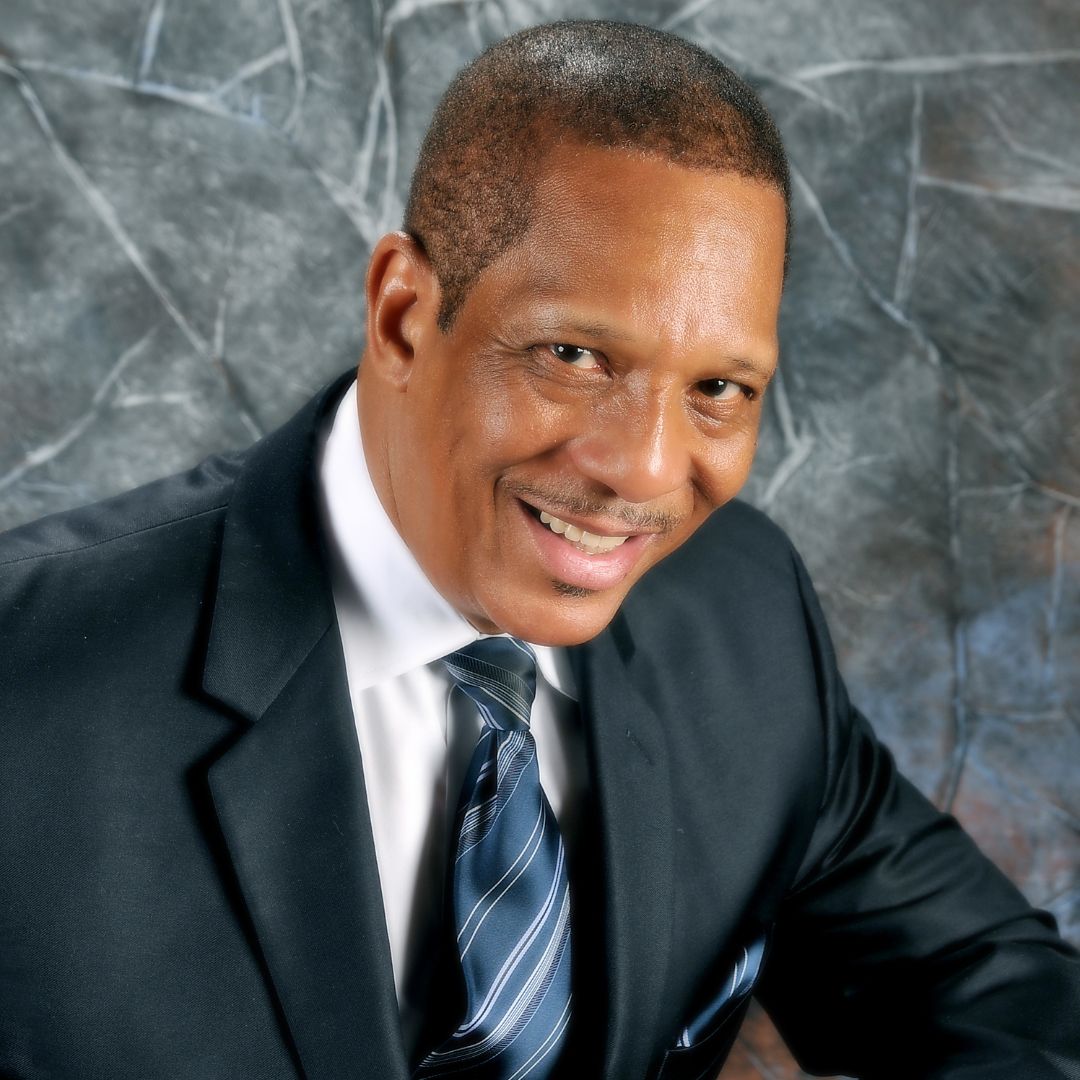 A prolific piano virtuoso who has performed in the U. S. and internationally, Daniel Asbury Mixon was born on August 19, 1949, in Harlem and raised in Brooklyn. Growing up in a musical household, he was influenced by his mother and grandparents, beginning his early artistic expression at the age of 3. During an afternoon outing at the Apollo Theatre with his grandfather, Mixon was inspired by the jazz musicians he heard. It was then that he decided that he would like to be a pianist, and he never once looked back. By the time Mixon was 17, he was invited to play with Sam Brown and Patti Labelle and the Blue Bells in Atlantic City, and two years later, he found himself with the Muse Quartet under the auspices of Chris White.  In May 2004, Mixon was one of the first musicians to be honored by the National Jazz Museum in Harlem in a series entitled “Harlem Speaks,” which resulted in an invitation to the White House for Black Music Month. 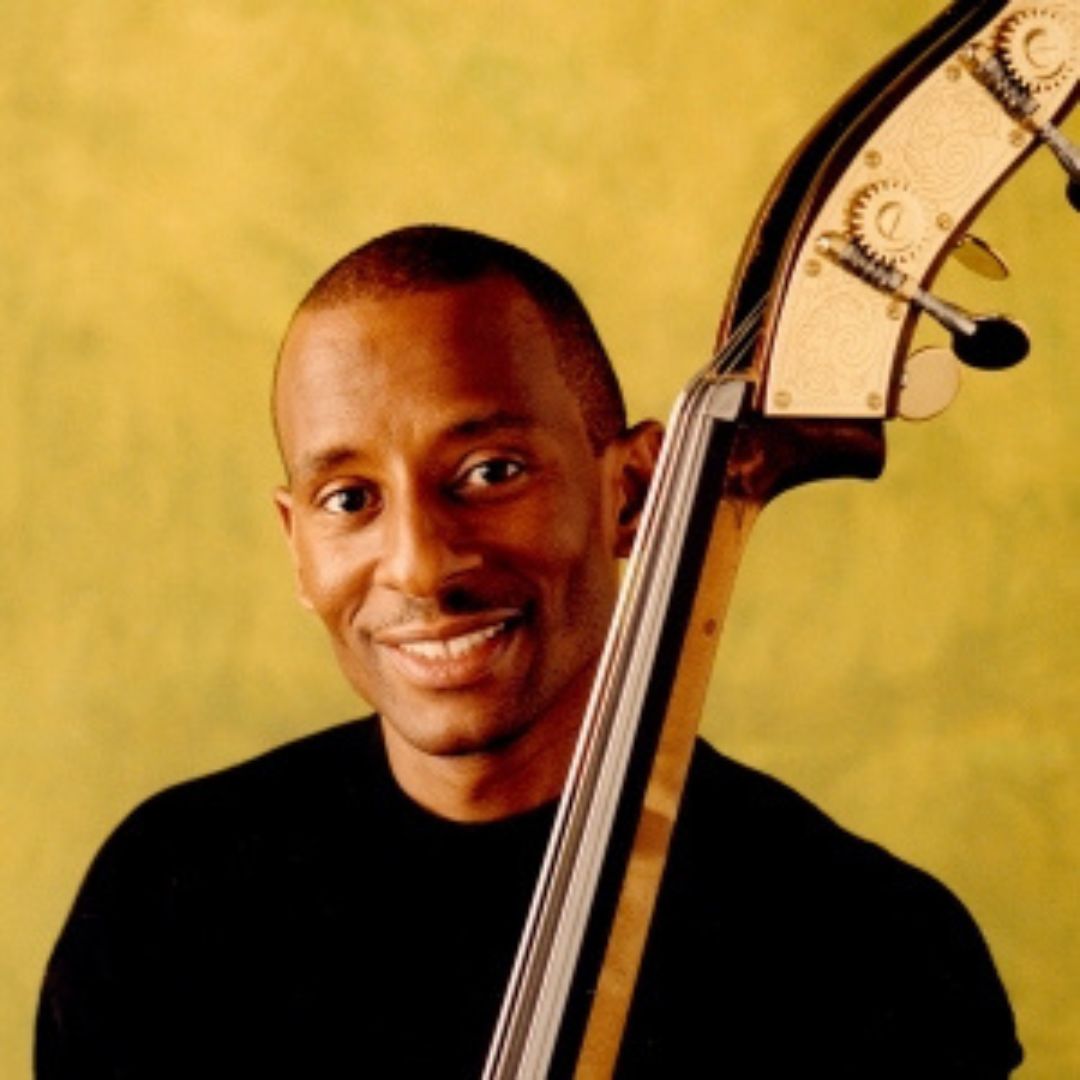 Kenny Davis is a native of Chicago, Illinois. His career began with listening to great R&B artists such as Earth Wind & Fire, Brothers Johnson, and The Temptations. First being self-taught, he later went on to Northeastern Illinois University, where he earned a Bachelor of Arts degree in Music Education and discovered jazz music. He quickly became part of the Chicago jazz scene, playing with Von Freedman, Ari Brown, and Fred Anderson. In 1986, Davis moved to New York, where he played with Out of the Blue (OTB) and became part of the New York scene. One of the highlights of his career was being a music arranger for a song on the GRAMMY Award-winning CD by artist Cassandra Wilson, "Blue Light Till Dawn."  Throughout the '90s, Davis toured with such notable jazz artists as Herbie Hancock, Dianne Reeves, and Art Farmer. In 1999, Kenny Davis received a call from Kevin Eubanks, then band leader/music director of “The Tonight Show” Band, and joined the band as their bassist from September 1999 thru March 2002. 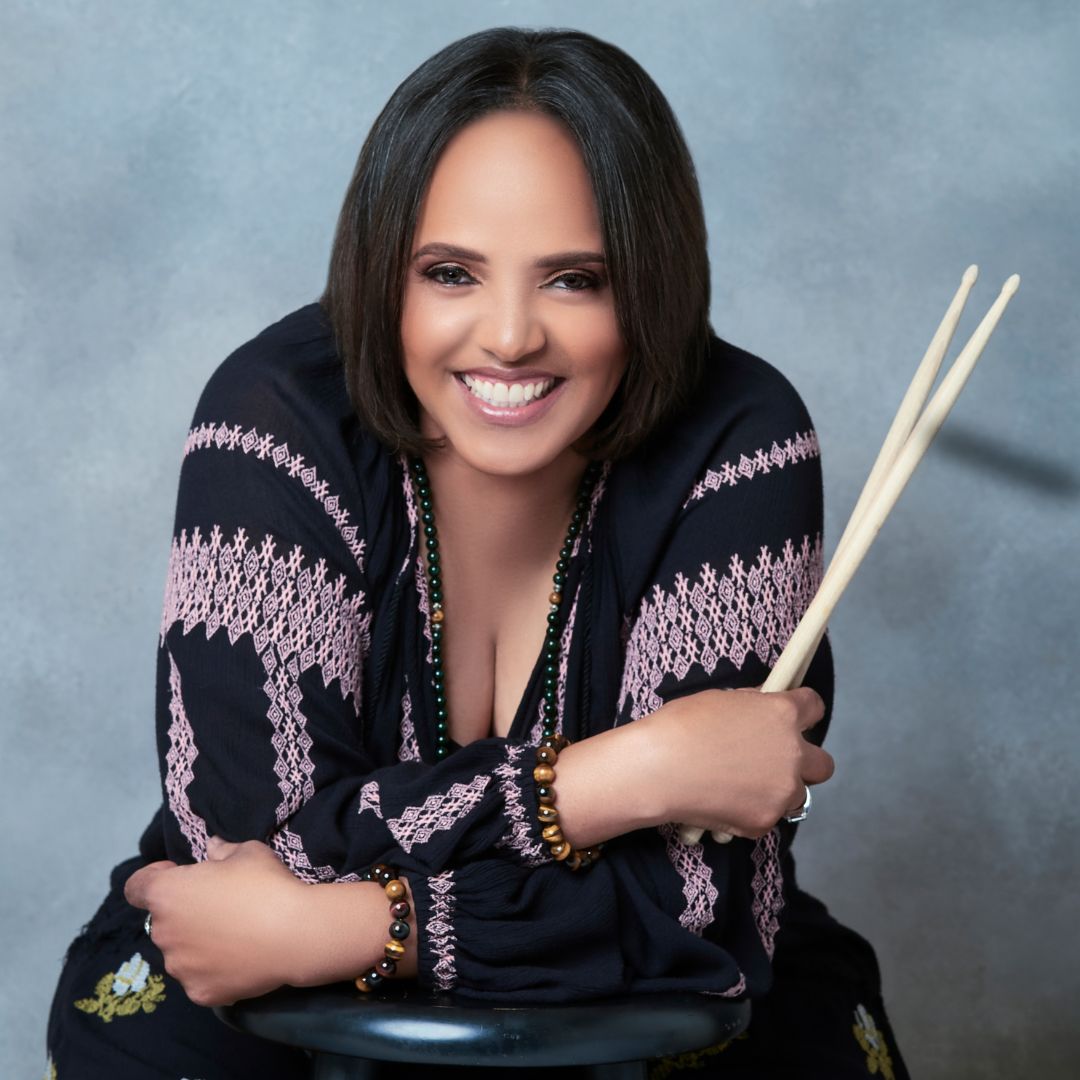 With technical wizardry and profound creativity, the newest NEA Jazz Master from 2021, Terri Lyne Carrington, has become one of the giants of today’s jazz music. A three-time GRAMMY Award-winning drummer, composer, producer, and educator, Carrington began her professional career at only ten years old and received a full scholarship to Berklee College of Music at the age of 11. She is the first female artist to ever win the GRAMMY Award for Best Jazz Instrumental Album, which she received for her 2013 work, “Money Jungle: Provocative in Blue.” Over the four-decade-plus span of her career, she has played with Herbie Hancock, Wayne Shorter, Lester Bowie, Cassandra Wilson, Dianne Reeves, Stan Getz, Al Jarreau, John Scofield, Pharoah Sanders, and Esperanza Spalding, among countless other jazz luminaries. In 2019, Terri Lyne Carrington and Social Science released their critically acclaimed double album, “Waiting Game,” a project that elevates social justice issues, featuring pianist Aaron Parks and guitarist Matthew Stevens. The album was nominated for a 2021 GRAMMY Award and won three awards in the 2020 Downbeat International Critics Poll for Artist of the Year, Album of the Year, and Group of the Year. Carrington, the founder and artistic director of the Berklee Institute of Jazz and Gender Justice, recently published a new book, “New Standards,” addressing women's omission from jazz canon.

“We are delighted to bring The Blues Feeling to New York’s jazz lovers with our popular annual NEA Jazz Masters concert,” says Ellen Kodadek, Executive and Artistic Director at Flushing Town Hall, “We are proud to be one of the best gems for superb jazz in the city, and to present an outstanding lineup of incredible musicians year-round.”