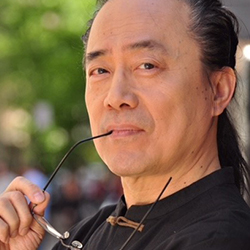 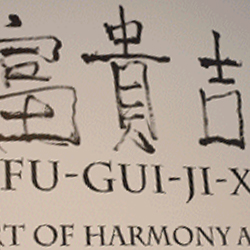 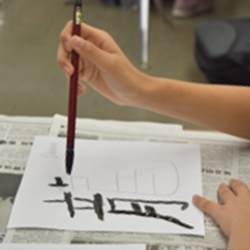 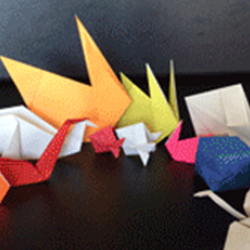 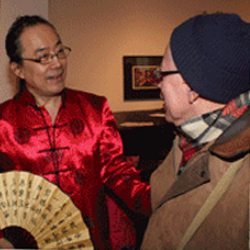 Dr. Hsing-Lih Chou, born in Taiwan, received his B.A from National Chung-Hsing University and M.A.,M.Ed., and Doctor of Education from Columbia University. Dr. Chou is one of the original pioneering composers of Campus Folk Songs, revolutionary music in a new style combining Taiwanese folk and country melodies. He is recognized as a leading Taiwanese dialect and Chinese folk singer in America and has performed in many prestigious halls and festivals including at Flushing Town Hall, Alice Tully Hall and the Lincoln Center Out of Doors festivals. His annual Taiwan Songs benefit concert has become the most popular event in New York for Chinese senior citizens. He is curator for many art exhibitions and has been chief coordinator for many cross-cultural festivals, including events during Asian-Pacific Heritage Month held at Ellis Island. Dr. Chou advocates community service and has been chairman of the Taiwan Welfare Association of New York, Taiwan Benevolent Association in America, and founder of the New York Hsiang-Yin Chorus. He is Executive Director of New York Institute of Culture and the Arts, a frequent lecturer at Flushing Town Hall, and is a professor at BMCC, City University of New York, Fordham University and Center for Ethnic Studies, specializing Asian-American History and Chinese Culture and Heritage. He is considered a specialist in Asian culture and international educational development.

Calligraphy for Beginners Workshop In Person at Flushing Town Hall

Learning to write in an artistic way is a wonderful way to discover this ancient culture. Chinese Calligraphy is the highly regarded fine art of writing dating back thousands of years. Using traditional ink, brush pens, and ink stones, students will replicate some of the various characters found in these long-established and honored writings. For grades 3 and up!

The goal of this program is to expose students to the diversity of Chinese culture through mixed media. Students learn a skillful Asian hand art requiring only a pair of scissors and colorful paper to create a fantasy of the imagination. Paper cutting can bring one a surprising experience. This program also introduces origami, a fun and popular traditional game originating 1000 years ago in China that was later introduced to other Asian countries, particularly Japan. Therefore, this paper folding technique is known by its Japanese name: origami. A piece of colored paper can be folded in such a way as to give birth to many different forms including animals. This series requires a great deal of focus and concentration. For grades 8 and up!

Tai-Chi, short for T’ai Chi Ch’uan, is an internal and external Chinese martial art practiced for both its defense training and health benefits. It is a noncompetitive martial art known for both its gentle physical exercise and stretching with mindfulness. This workshop presents the idea of the relationship between human beings and nature. Forms are taught step by step, accompanied by breathing exercises. Basic forms cover how to utilize your body without ever forcing yourself to over stress your muscles. Students will learn the correct way to take good care of their body, as well as train their minds to be focused toward a more harmonious state. This simple, but powerful exercise can be done seated or standing for those people with Arthritis, limited mobility or anyone who would like to learn a simpler form of Tai Chi. For all ages!

Our annual summer cooking workshop returns this August 21st with Dr. Hsing-Lih Chou,  Dr. Yi-Nian Lee, and the students from Overseas Chinese University of Taiwan. Learn, cook, and taste the various omelets of Asia.  This interactive workshop will introduce you to omelets from Thailand, China, Japan, Taiwan, Korea, and Vietnam—each with their own unique flavors and cooking techniques. Don’t be afraid! Let’s Cook!